Mitchell & Johnson’s flagship made-in-Britain 800 Series, which recently expanded with the introduction of a new CD player, the S800, will be at The North West Audio Show 2019, this weekend. The S800 CD player will be making its production debut at the event, following the announcement of its wider availability earlier this week.

The new S800 CD player is based upon the ESS Sabre DAC chip, optimised for 44.1kHz replay, which offers high-performance digital-to-analogue conversion from the S800’s dual stereo RCA and balanced XLR outputs.

The S800’s precision-machined casework, which is graced by a solid aluminium fascia panel, is entirely UK-produced. A high-performance European-sourced CD drive takes care of disc control and data extraction.

The 800 Series represents a significant milestone for Mitchell & Johnson, as the company transitions towards a new era of entirely British built equipment for its customers, following a period of considerable investment in the UK.

Entirely designed, engineered and built in the UK, the new S800 CD player (£1,299)  perfectly complements the existing S800 pre and S815 power amp (£1,299 each) with the trio providing a British-made speaker-ready solution for enjoying CD and high-res audio. 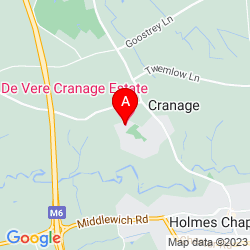